A DAY AFTER VALENTINE (PHOTO SERIES BY WEESHOTIT) 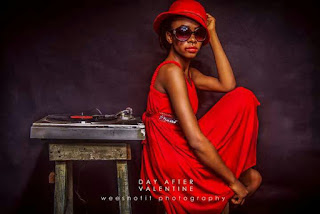 The love day is over. But a lot takes place afterwards. So I present to you “The day after Valentine Series”. Brought to you by #weeshotit.

He told her he had traveled but he was in a hotel with his side chic. Then he hears that his woman is on
a date with another man and they kissed. .
He rushes home and waits for her to return. At 11pm a car drives up and his woman steps out.
She opens the door and the parlour lights suddenly come on. .
I present DAY AFTER VALENTINE series. #weeshotit . 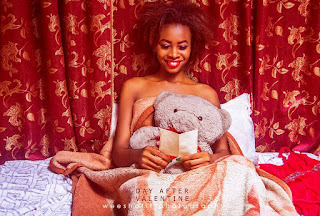 Sometimes it goes well but he gotta get back to his wife early enough so he drops a note.
#weeshotit . . 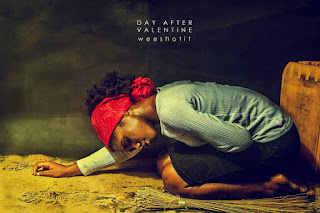 He came back after a hard day at work hoping to take her out to see a play. Then he noticed something in the toilet that did not flush. It was a condom. He called her to explain. She could not. He walked outside quietly. She ran out and grabbed his leg begging him for forgiveness. He shakes her off him and walks away. . 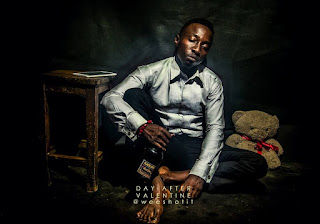 He waited for her all night but she was with Kayode Peter . She did not cancel the appointment 7pm, 8pm. …11pm. He became angry, then he became depressed. He sat in his misery until the Day After Valentine. Features our own Manager: Prince Anietie

Thanks for following the series. #weeshotit

Previous Story:
Dear Late Eric Arubayi, I want to report Nigerians to you – One day too I will die and heaven will not fall. – Firsts Baba Isa
Next Story:
LINDA IKEJI HAS THE SPIRIT OF ANTI-CHRIST; BEWARE OF HER BLOG – ADEWALE ALADEJANA WARNS