LIVING IN THE FRIENDZONE. 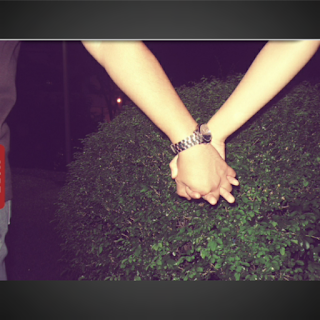 Getting stuck in the dreaded friend zone is undeniably the most frustrating and unfortunate situation you could ever find yourself.

It’s heartbreaking when you develop feelings for  your friend  only to find out you are nothing but just a “friend”.
The friend zone is a place we’ve all been at one point or another in our lives. Some of us have been there for so long, and still stuck in the dreaded  zone.
But seriously: living in the friend zone is not satisfying one bit, the most frustrating part is slipping from a Real relationship into the friend zone, that’s when the other party tries to throw the “let’s just be friends” card at you. To me, that’s you saying “get out of my life forever”. (Coz I aiint staying friends…<eyes rolling>).
Most people end up in the friend zone mainly because there are too afraid or shy to approach someone they are attracted to, so they just likely come to you as “just friends” to them it’s easier and less emotionally risky, they would rather just be your friend than simply face upfront rejections, I think this is done out of insecurity!. Others end up in d zone mainly because there are too nice, they make all the sacrifices, making it easy for the other person to be around them, and in the process they are taken for granted.  I personally think when you get slipped in the friend zone you have entered into a lifetime of an unfair exchange.
You know your so friend zoned when all this friend talks about is a guy/girl there really like, when they talk to you about guy/girl you may be interested in. You hangout a lot but it’s never a date. When this friend feels so comfortable telling you things, you console them through break-ups, you become their support system and human pillow for their tears. You become a backup bf/gf.
Most times we are actually at fault, we probably may have turned down their initial advancement, only to discover that we actually do like them.
Basically I think friend zone can be avoided only if efforts are balanced and the feelings mutual, and a little more effort to look more attractive.
Why do I feel like many future husbands/wives live in the friend zone…. Search your friend zone database today…(LOL).

Previous Story:
The cost of being a “WOMAN”
Next Story:
ME! AND MY ADDICTIONS.

3 Replies to “LIVING IN THE FRIENDZONE.”